Odeith was born in 1976, in Damaia (Portugal). He held a spray can for the first time in the mid 1980’s. In the 90’s, when graffiti began its dissemination throughout Portugal and began to leave its Portuguese birthplace, Carcavelos, Odeith had his first contact with this movement. His first experiences were sketching on street walls and train tracks. The passion he had always shown for drawing had found a new purpose and began to evolve. Soon after came the opportunity to paint large scale murals in Damaia, Carcavelos, and in many social housing neighbourhoods, such as Cova da Moura, 6 de Maio and Santa Filomena.

Early on Odeith showed a special interest in perspective and shading. In an obscure style which he later called “sombre 3D”, the compositions, landscapes or portraits, messages or homages, stood out for their realism and technique.

In 2005 Odeith was internationally recognised for his groundbreaking incursions in the anamorphic art field, standing out for his compositions created in perspective and painted on different surfaces, such as 90º corners or from the wall to the floor, creating an optical illusion 3-D effect. In 2008, he decided to close his tattoo studio (which he opened in 1999) and moved to London.

Currently, back in Lisbon, Odeith has been solely focussed on painting, having created large scale murals for major national and international enterprises such as the London Shell, Kingsmill, the Coca-Cola Company, Estradas de Portugal, Samsung, Sport Lisboa e Benfica (football club) and several Portuguese city halls such as Câmara Municipal de Lisboa and Câmara Municipal de Oeiras, amongst others. 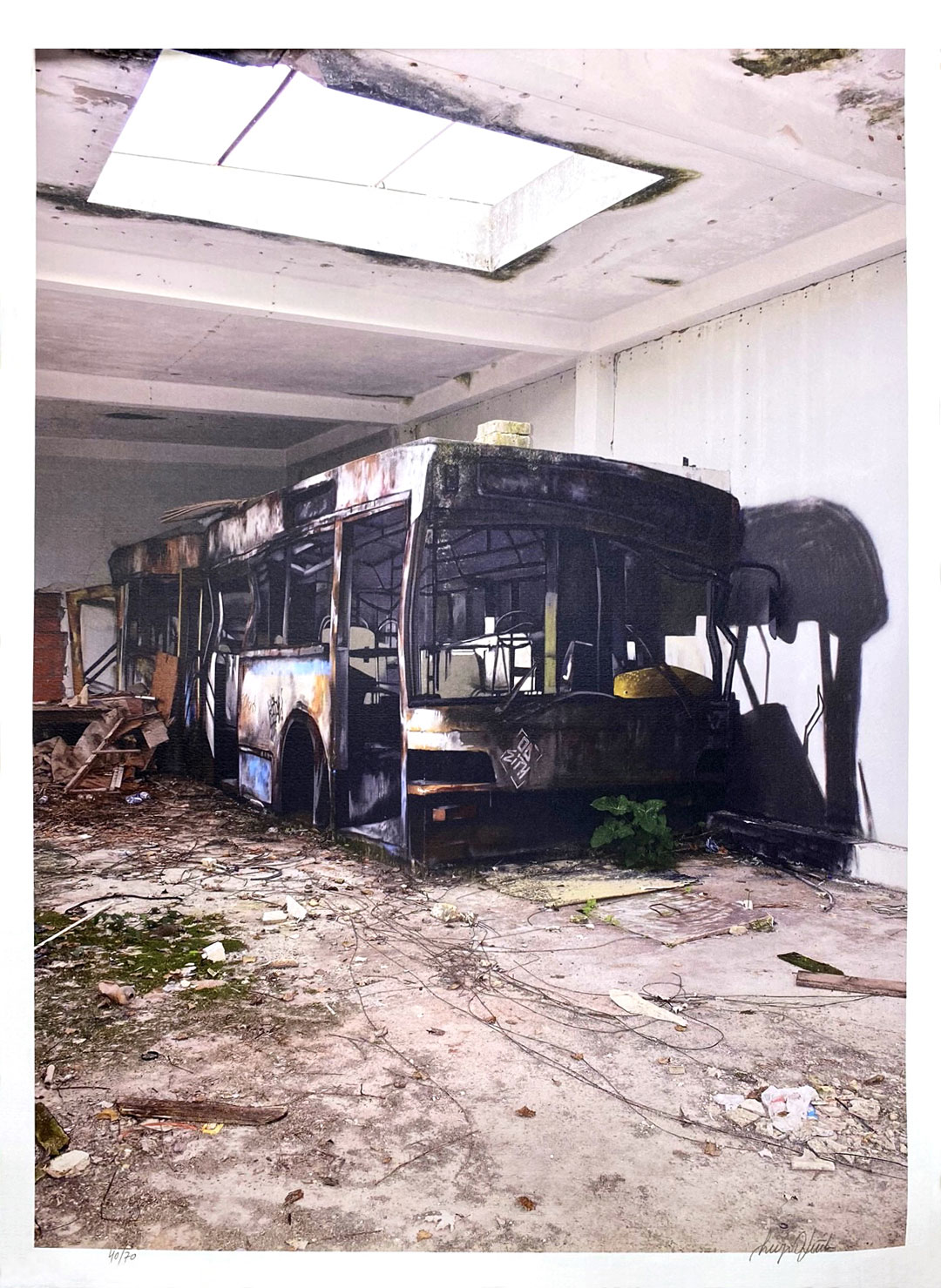