Saturno (Miguel Angel Sanchez) was born in Malgrat de Mar, a coastal town in northern Spain. He spends his childhood and adolescence at school with a great lack of interest and with the ‘bad student’ sign on his back.

He looks for that motivation and inspiration on covers of VHS tapes, movie theatres and at arcades that he had in his neighbourhood near his house. This was his source of inspiration for years until the arrival of illustration books and later the internet.

His passion for science fiction, fantasy and his constant dedication, gave fruit to a world-famous personal brand. He began spray painting at the age of 14, he spent his adolescence immersed in graffiti. Dozens of graffiti magazines hung on his shelves and by mail he exchanged his photos and sketches with other artists from other cities and countries.

Little by little he begins to stand out as a street artist at a national level. In 2000, he studies some drawing, graphic design and airbrushing. He spends some years between painting and regular jobs. In 2006, he set up his studio focused on advertising and graphic design, which he maintained until he began tattooing in 2008. After years of combining tattoo and painting, he decided to bet everything on painting, which from the beginning was his element, his true passion.

In 2016, he would travel to the city of Los Angeles for the first time. After 4 years of traveling back and forth he has managed to leave a mark not only in America but also on the international scene.

The content of his work is surrounded by a peculiar fantasy setting. Slimy monsters, aliens, mutants from other worlds… All this accompanied by a very characteristic way of painting including the use of colour and a chromatic colour scheme. Neon lights, backlight effects, fog and textures… Chromatically it has a wide range of possibilities, it does not set limits, despite moving almost always in the same area, each piece has something that makes it unique.

We can find murals on exterior walls over 15 meters high, on canvas and interior murals. He began to work hand in hand with local artists and multinationals from film sectors. This includes Universal Studios, Sony and artists such as Chris Brown, for whom he was in charge of creating the cover and set design for the INDIGO tour, the name of the LP he released in 2019. 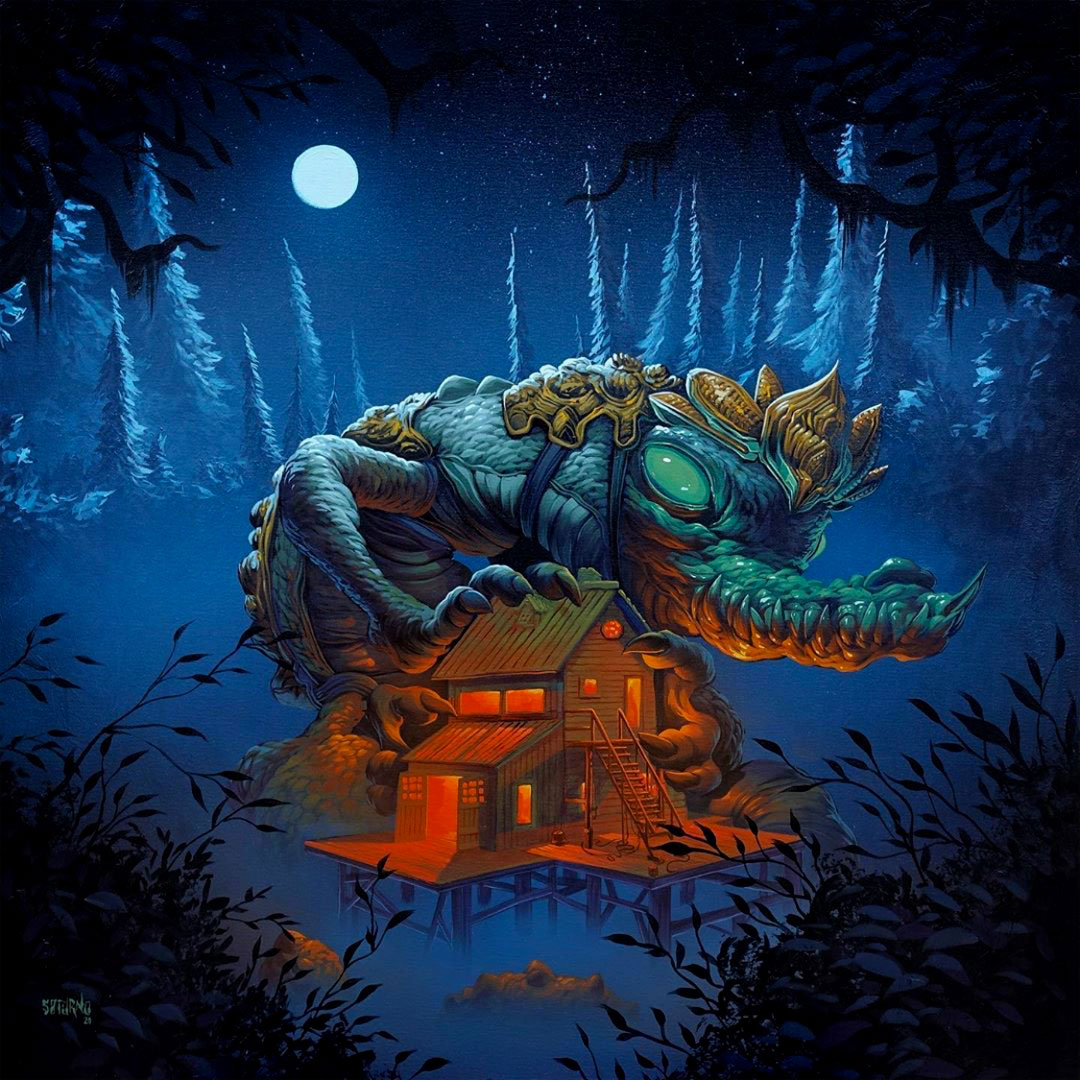 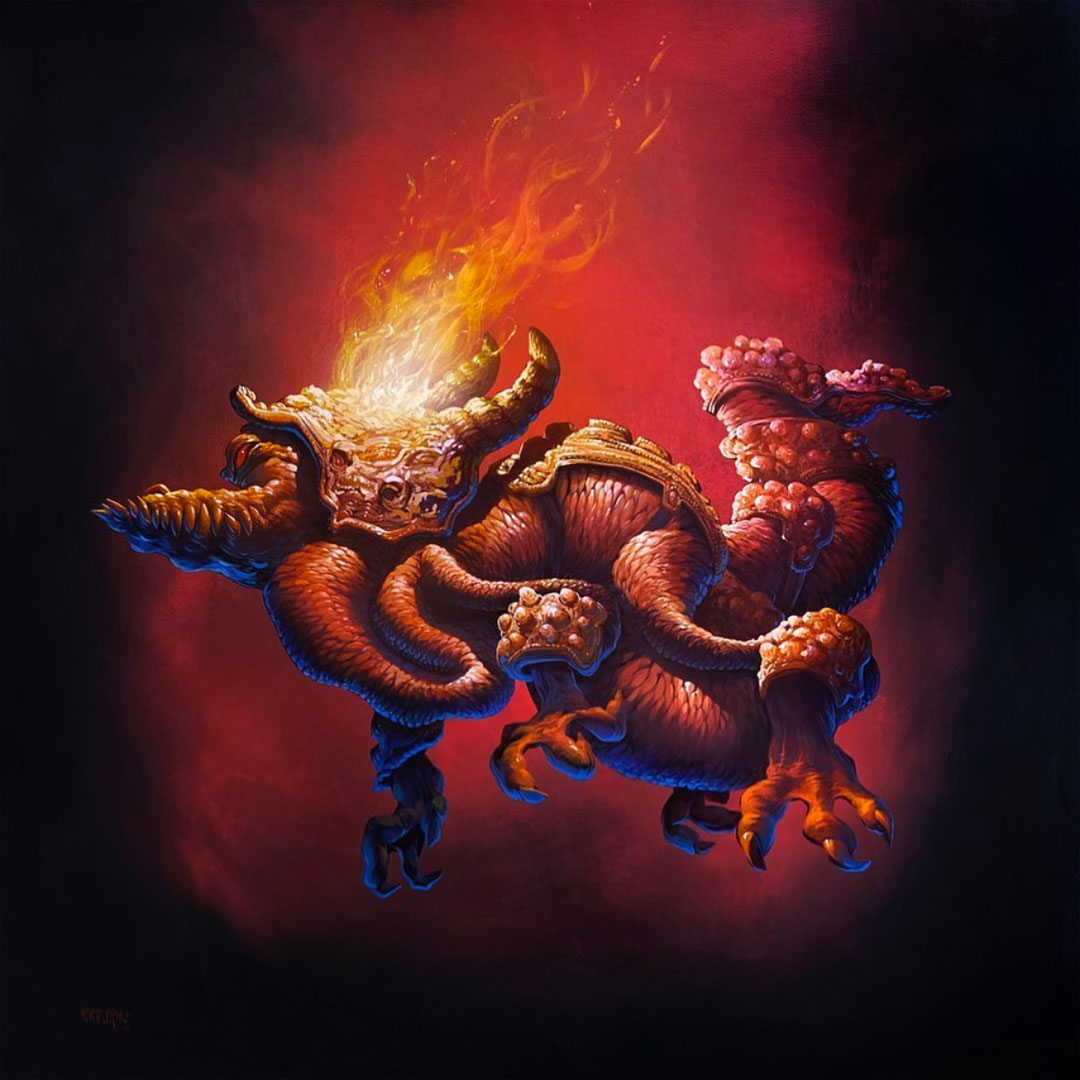 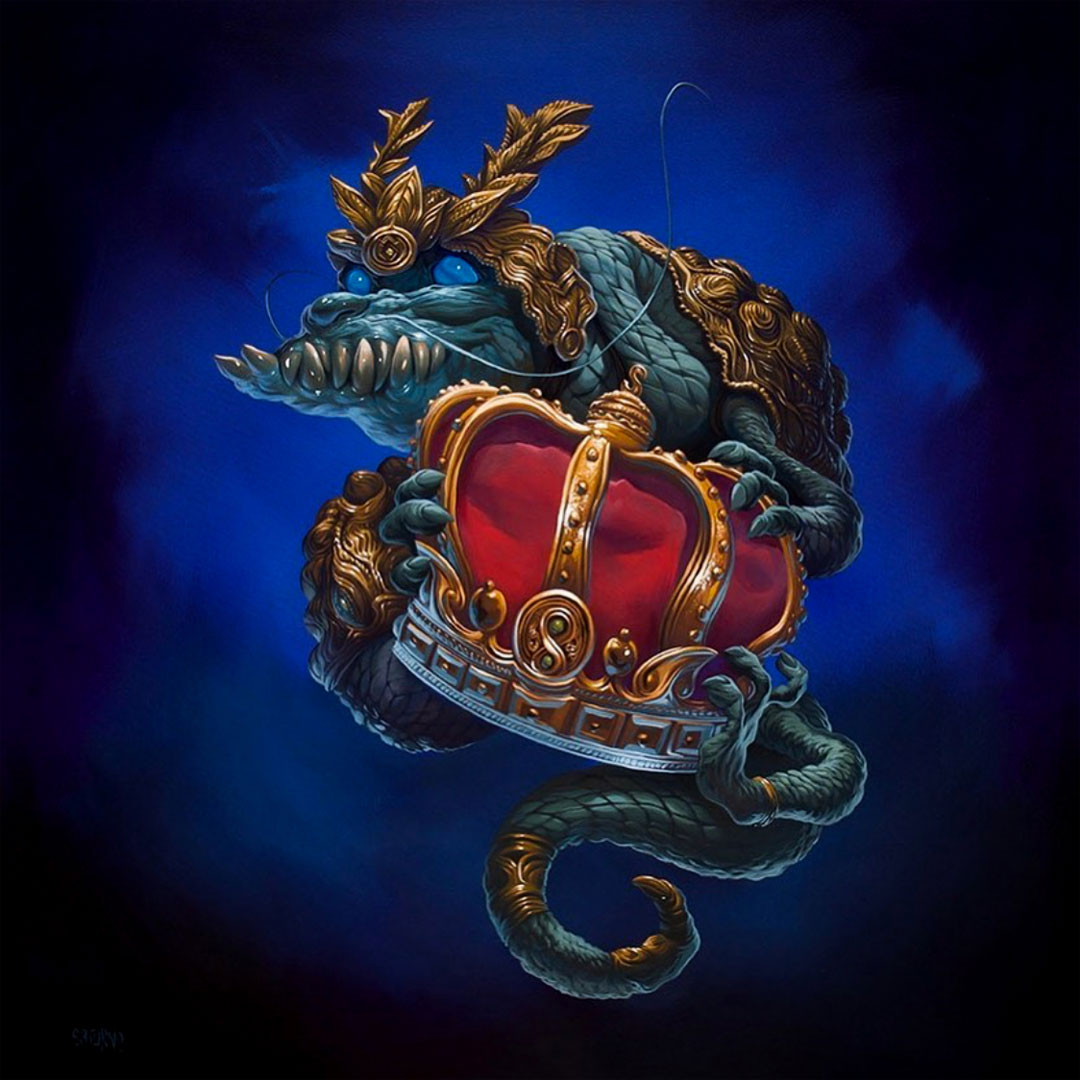