Wal Chirachaisakul studied at the College of Fine Art and graduated in Graphic Arts at the Painting and Sculpture Faculty at Silpakorn University, both in Bangkok, Thailand.

Wal got the first printmaking competition award in 2011 ‘Fourth Prize’ The 8th Kochi International Triennial Exhibition of Prints and won prizes from many countries such as Japan, Taiwan, Russia, Canada, Thailand by mezzotint technique.

After he graduated in 2014 he built his house to be a gallery and printmaking studio called Kalwit Studio & Gallery in the centre of Bangkok. He worked as a curator, art director and then past his gallery business over to his brother. Then he turned back to become a full-time artist in both oil painting and mezzotint techniques.

Wal believes the current generation to be monetarily driven and mistake it for a remedy of their unhappiness in life. He often uses dark hues in his art to symbolise how distanced those people are from enlightenment. The artist resorts to a gothic and surrealistic approach which results in a tensed mood in order to convey his message better.

Being brought up in a darker environment, the dark mood of his works seems somewhat relatable and almost familiar to Wal. Despite all the negatives, the artist wishes that his artworks are nothing more than to serve as a remembrance and awareness of this alarming phenomenon which is upon us. The subject metaphorically represents false hope to those who longed for eternal peace and tranquility. Hence, explains the endless chase for materialistic and worldly desire. 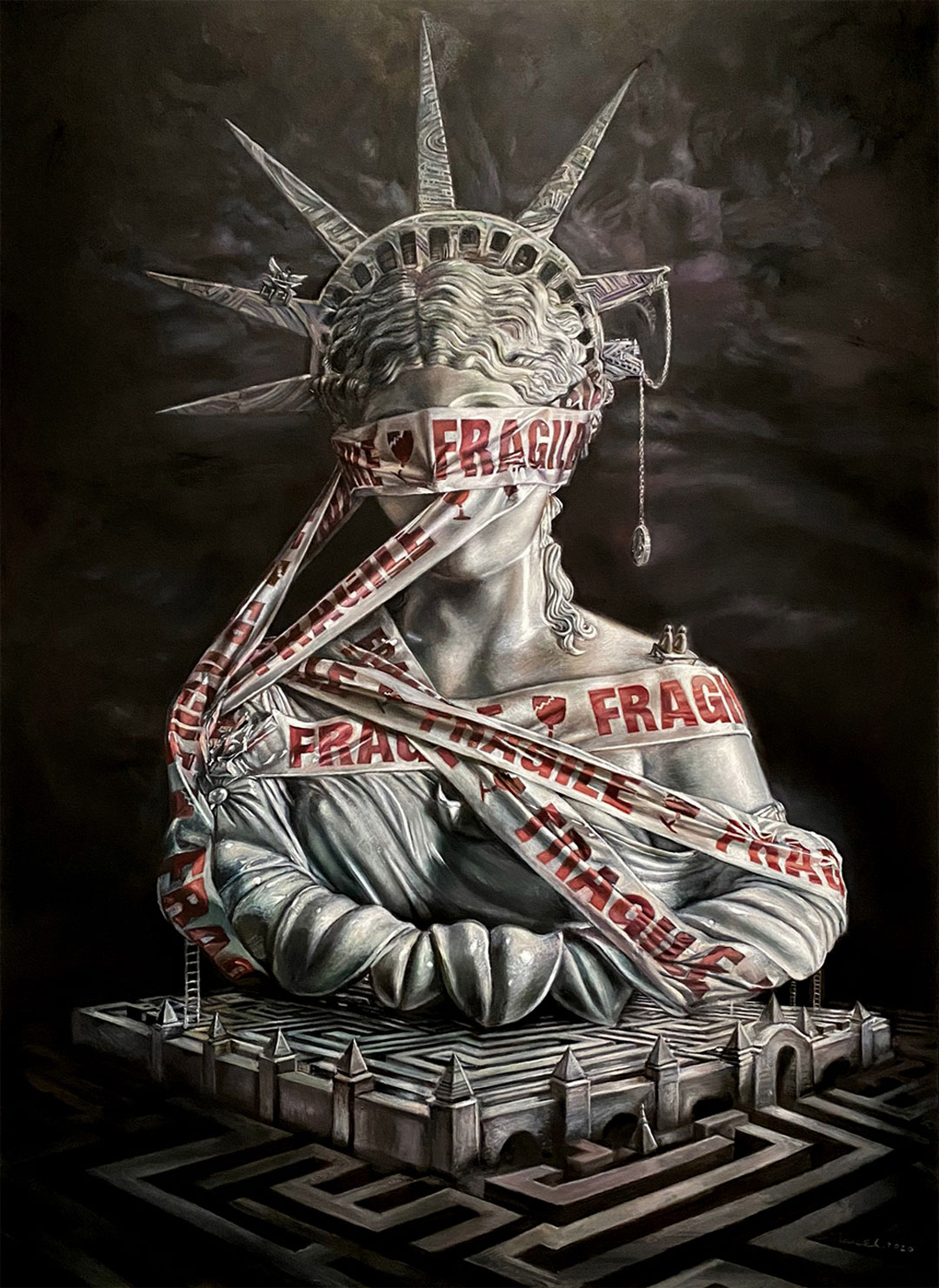 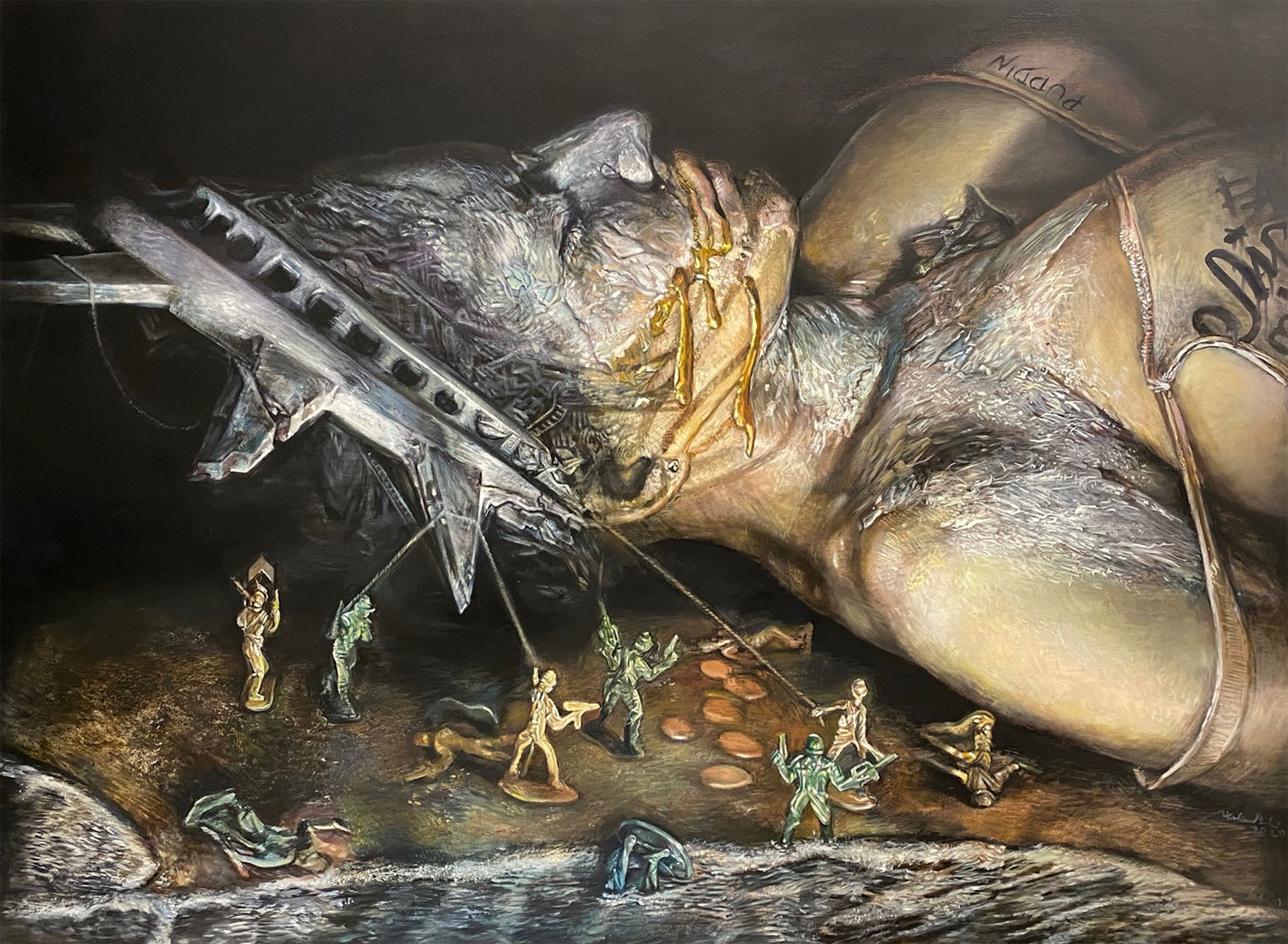