Nick Walker is a world renowned street artist. He emerged from the infamous and groundbreaking Bristol graffiti scene of the early 1980s. As a forerunner of the British graffiti phenomenon, Nick’s work has become a blueprint for hundreds of emerging artists. His work is constantly evolving and remains innovative, modern and thought-provoking. Nick draws on the energy and imagery of graffiti, but he succeeds in combining the freedom the spray can brings with very controlled and intricate stencilling. The results are highly sophisticated and infinitely desirable. The methods he uses retain their forcefulness and integrity through the traditional medium of canvas.

Nick Walker’s instantly recognisable style and humour have gained him a worldwide following. Nick had sell-out shows in LA and London, where collectors queued for over 24 hours to be among the first to get his latest print edition. In 2008, his iconic Moona Lisa sold over ten times its estimated value at auction at Bonhams.

Over the years, Nick’s work has been praised by the media and has attracted headlines worldwide. His work has also been embraced by the record, fashion and film industries. He was commissioned by Stanley Kubrick to recreate the heavily hit graffiti’d areas of New York for Eyes Wide Shut.

Nick’s infamous and recognisable Vandal character – the artist who disguises himself as a quintessential English gentleman in order to get away with artistic vandalism, was featured in the Black Eyed Peas ‘I Gotta Feeling’ video. Nick continues to explore mediums and was recently featured in the Street Art Edition of one of the world’s recognised fantasy comics, Heavy Metal Magazine.

As a street artist he has paid his dues and has created murals all around the world, including cities like New York, Bristol, Dubai and Tokyo to name a few. His most recent mural, Love Goes On, measuring 140 feet brightens up the city of Indianapolis.
Nick continues to explore and find limitless avenues to create. Nick resides in New York and is currently working on several projects, including the exploration of old printing techniques from Japan. 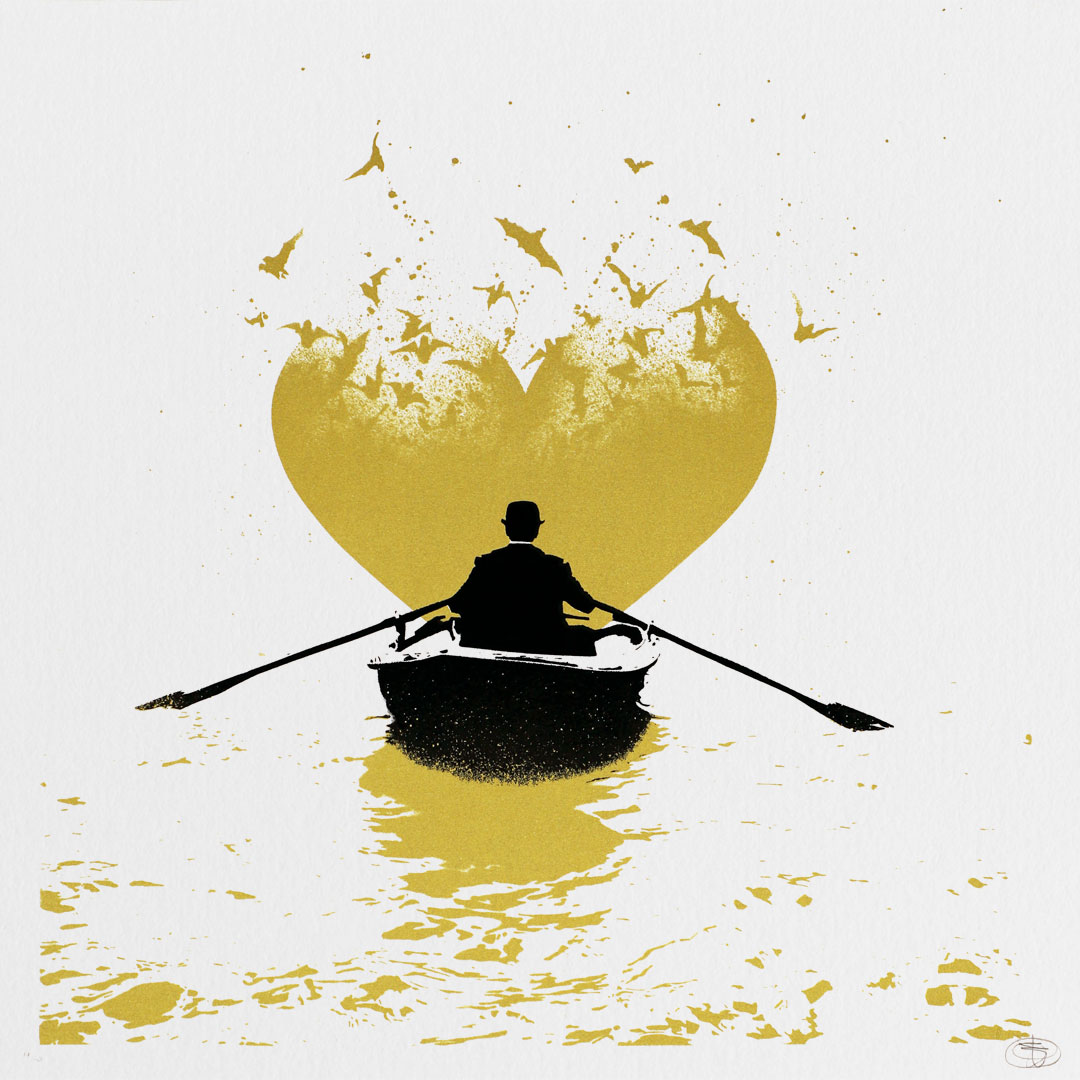 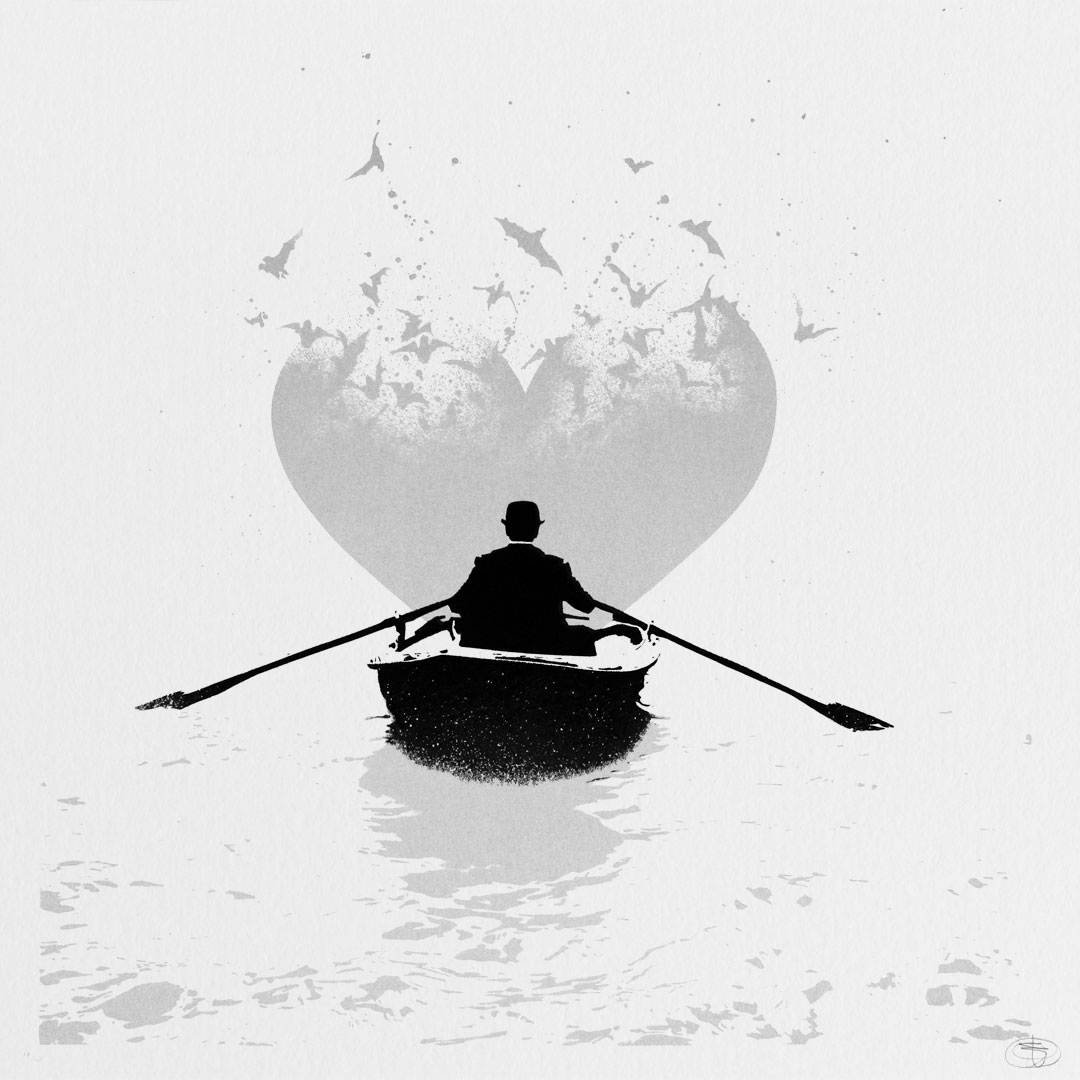 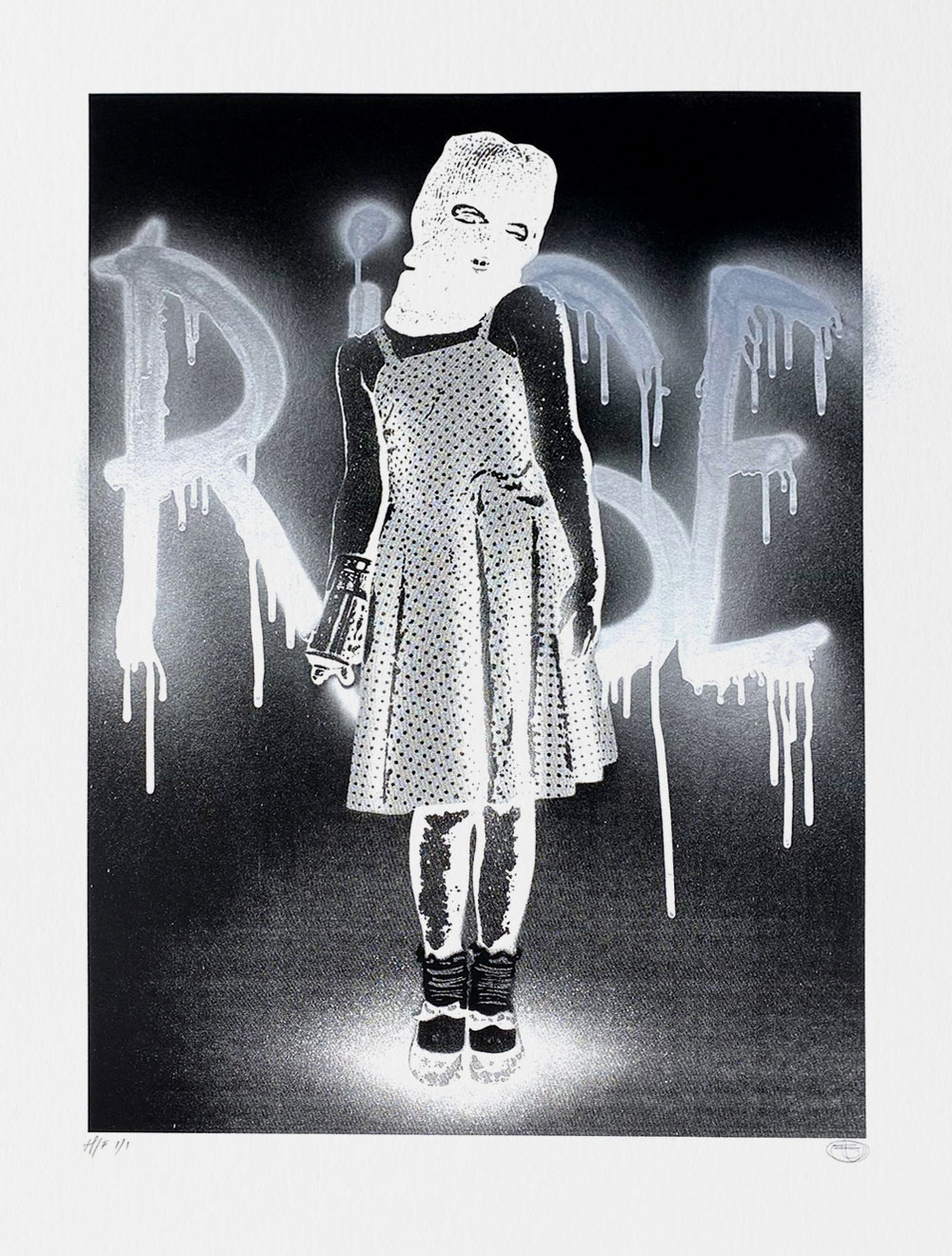 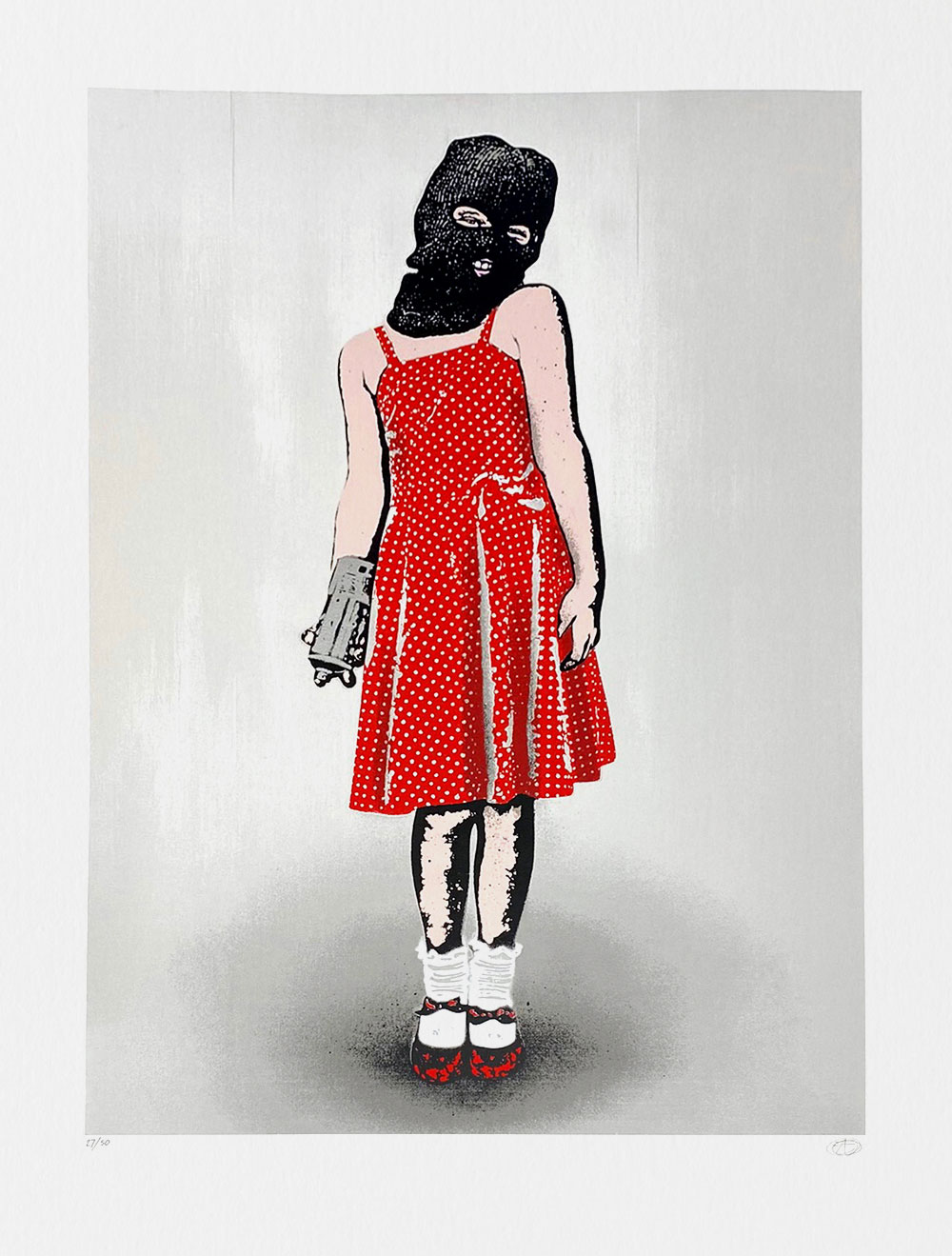 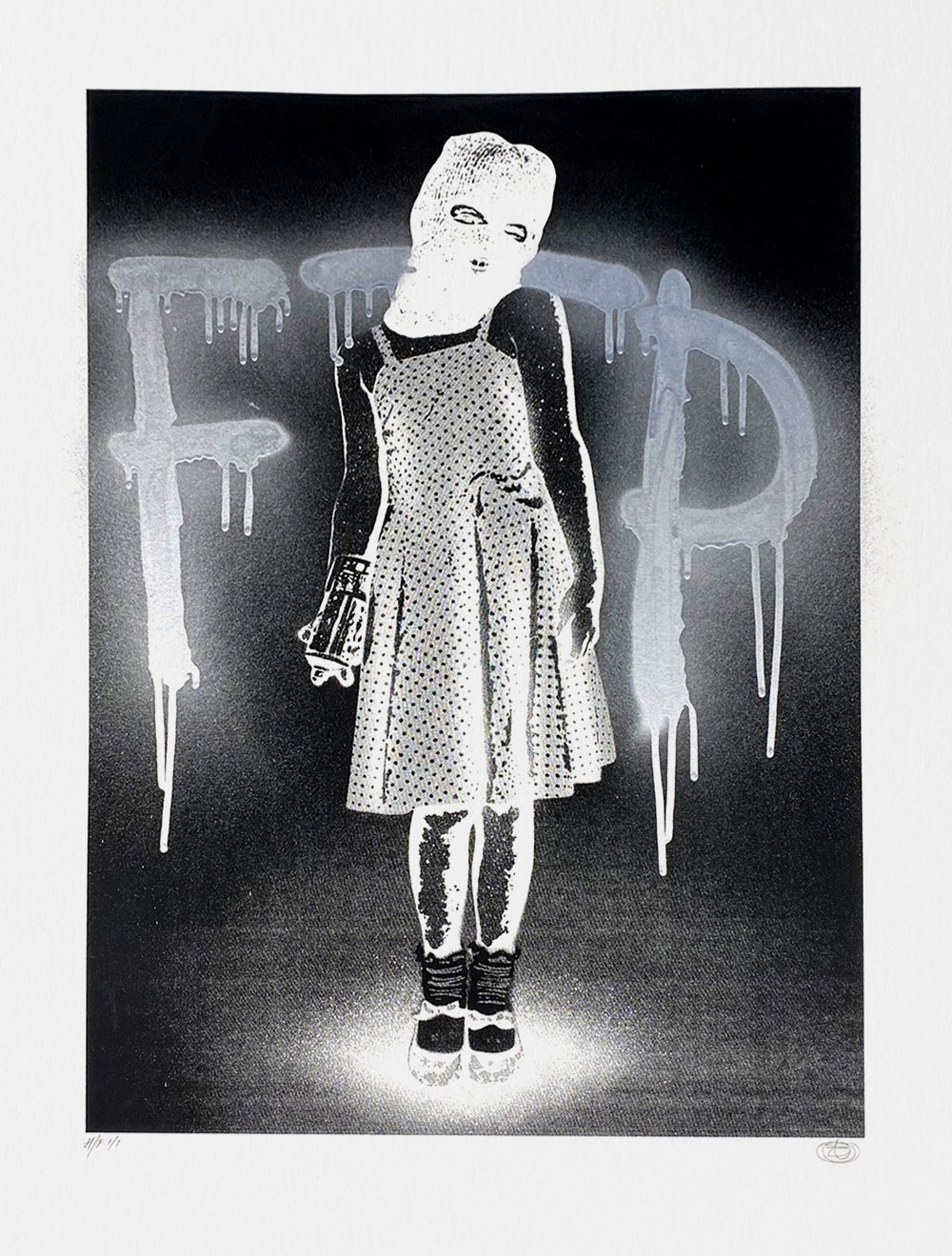 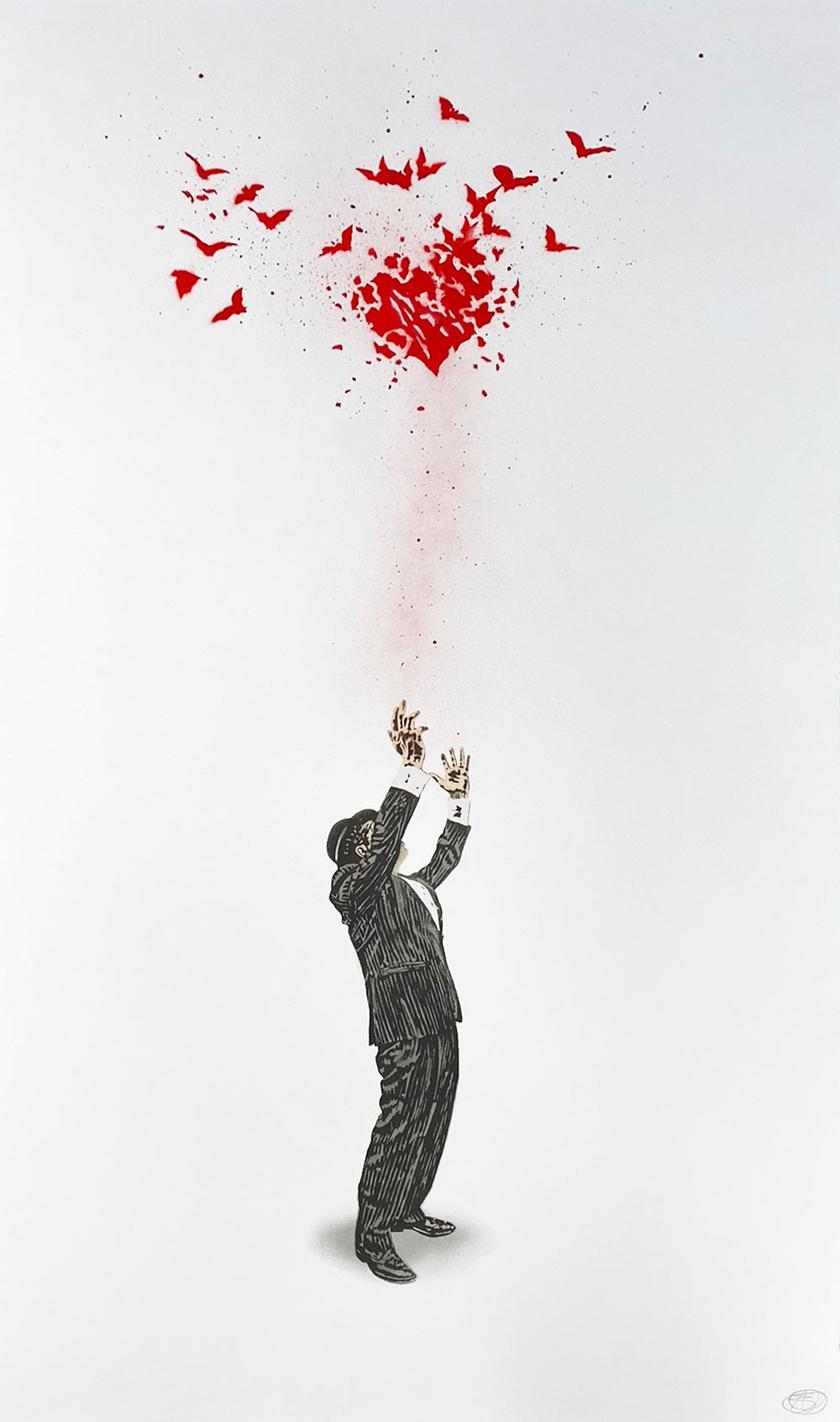 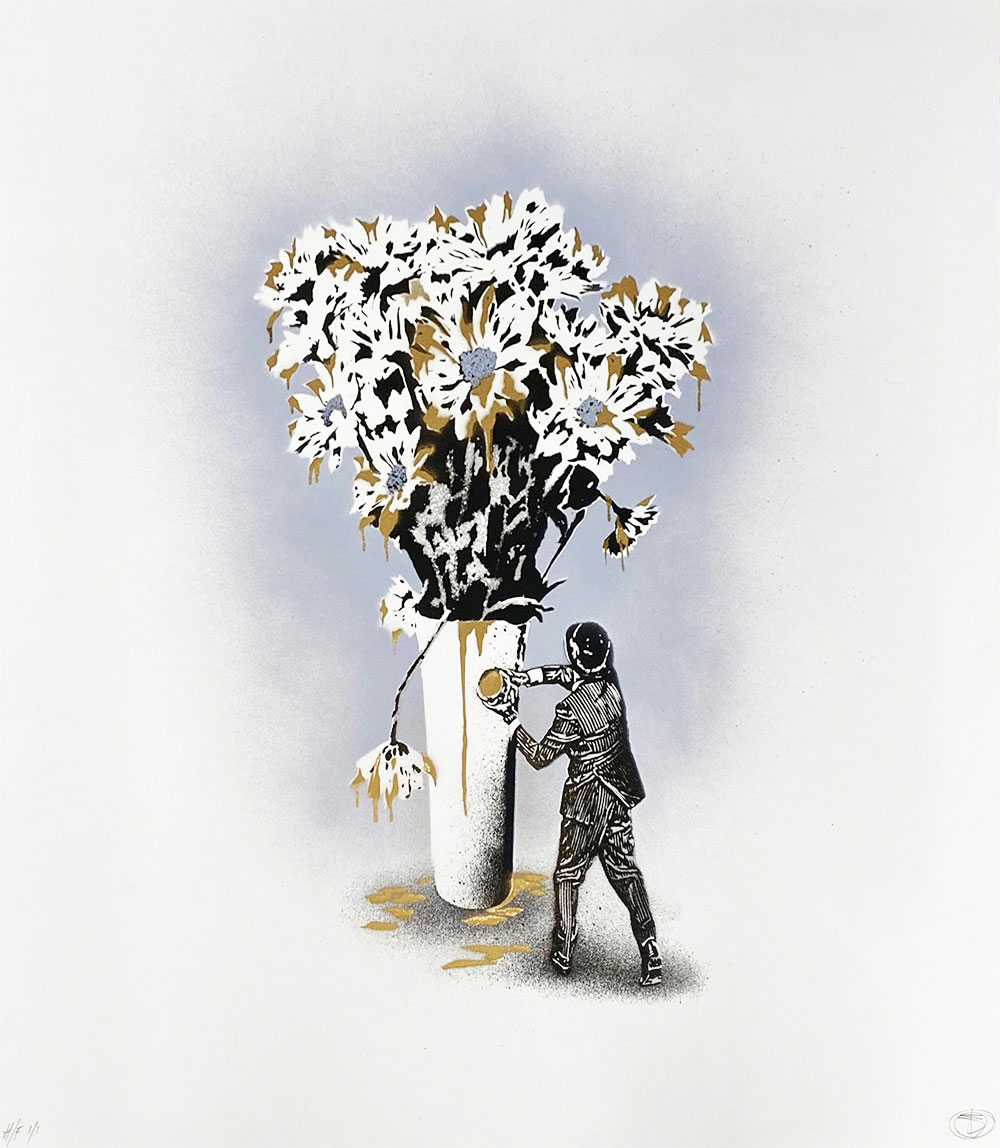 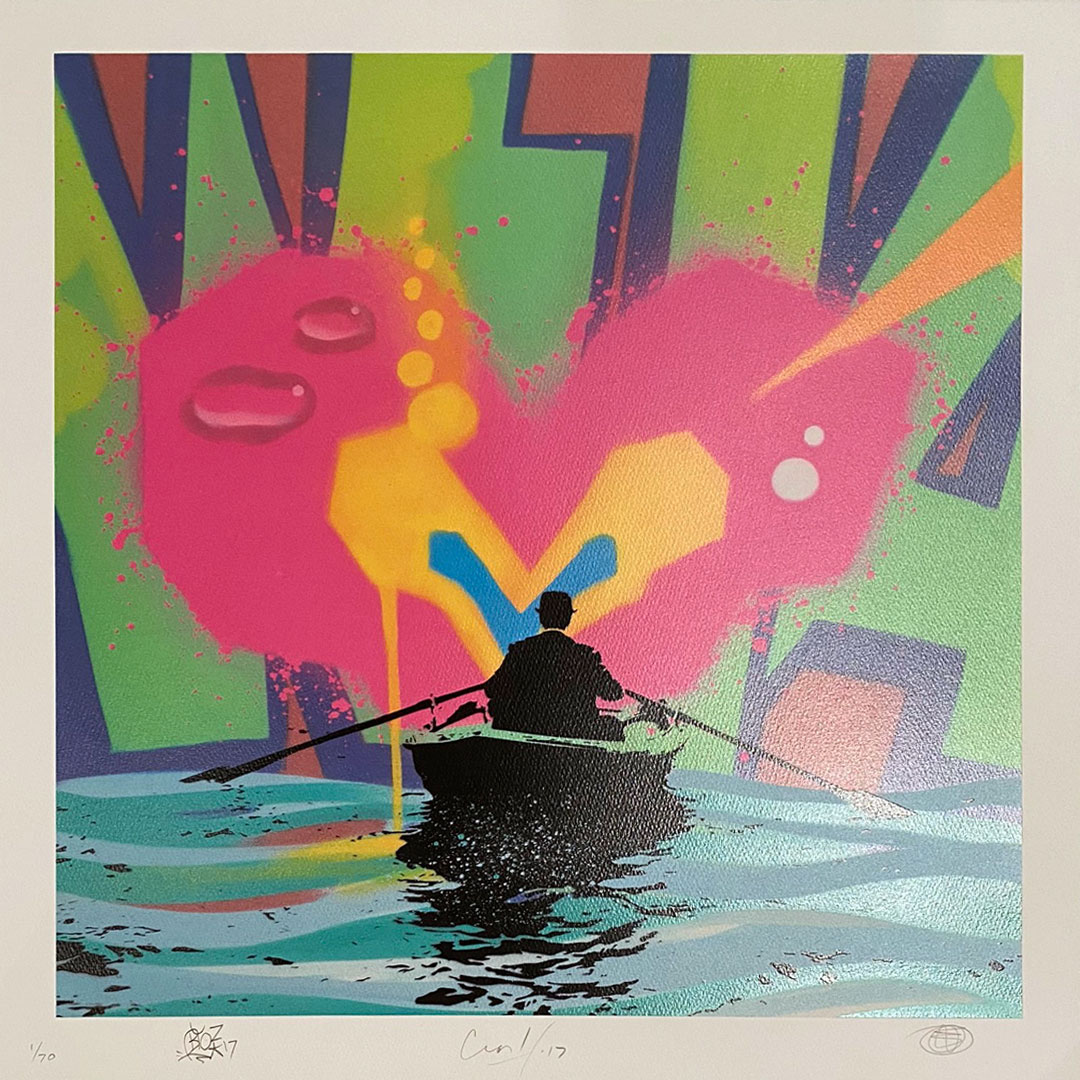 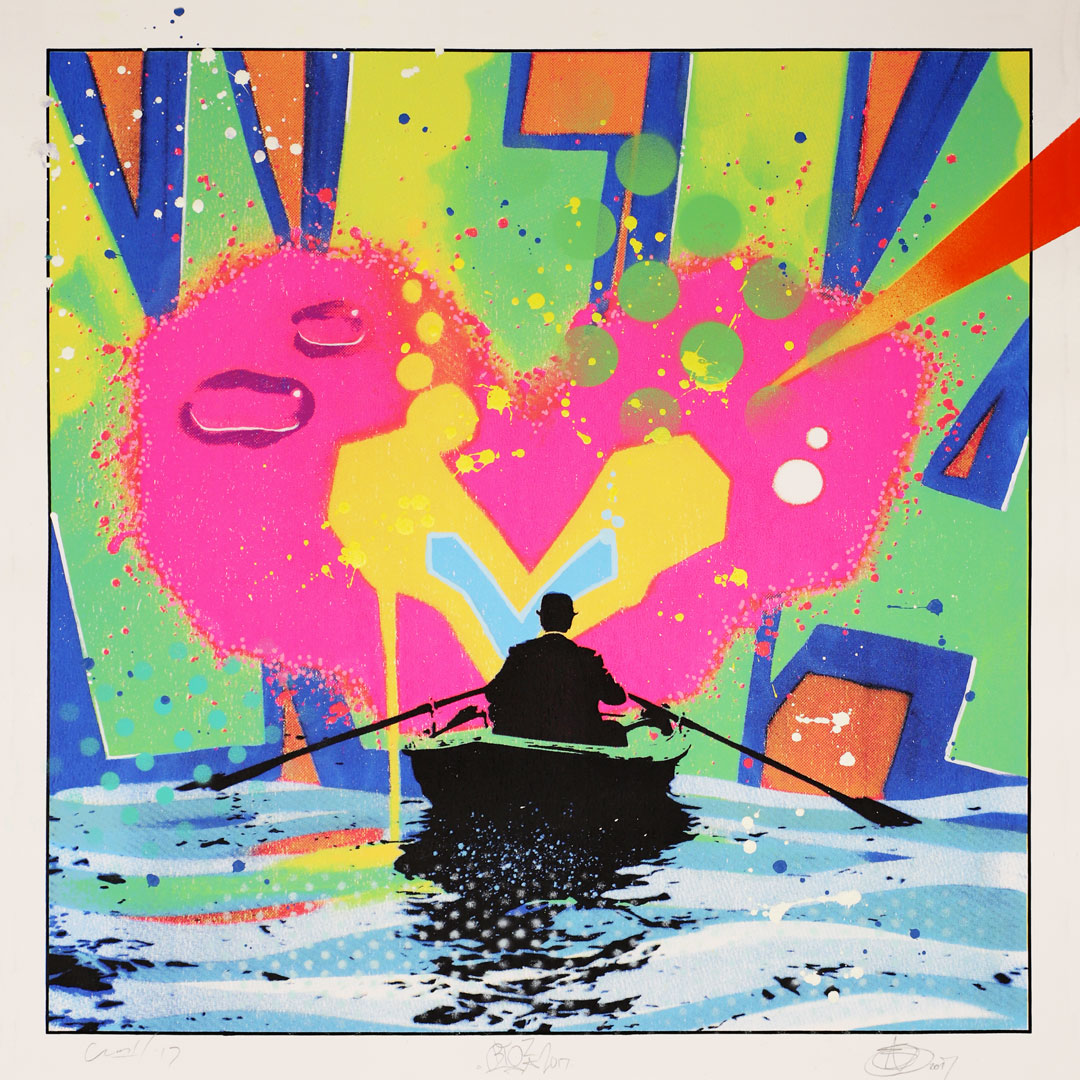 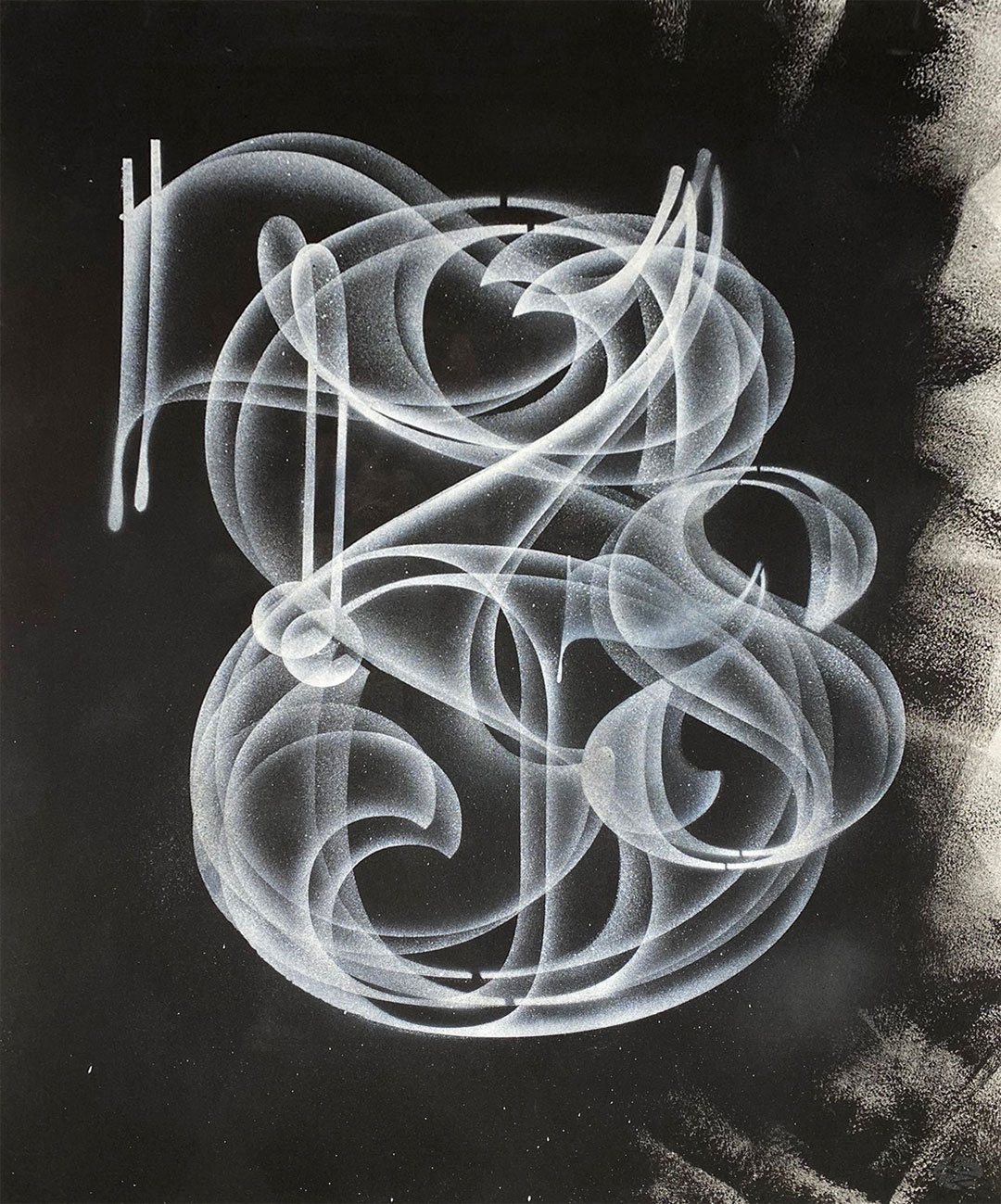